You are here: Home › Uncategorized › Paris Terrorist Attack – Interesting Jokes For You !!
By Sajida - Editor FFJ on November 21, 2015 in Uncategorized 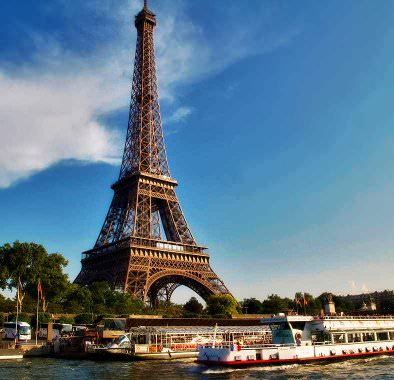 Two airplanes crash into the twin towers and explode. Everything melts in the molten burning mass including the black box of the plane. Building 7 (third tower) collapses due to the heat generated by the nearby burning towers………But, the cops retrieve the passports of the hijackers intact from the burning molten mass(?) and confirm that they were Muslim terrorists. Wow!!! Even Superman couldn’t have done that. The Jews are extremely cunning we know.. but this is more to do with Muslims being fools.

Charlie Hebdo: Terrorists plan and execute a heinous act of terror inside an office and flee….But, they conveniently forget their IDs in their car as a present for the cops to catch them later. Wow again. How stupid of those terrorists!

Paris attack 2015: Suicide bombers blow themselves to bits and crazy gunmen open fire, but they were carrying their passports with them just in case they get into trouble with the authorities. Really???? (9/11 Deja vu?) How is that even possible???
AND “WHY” on earth would a terrorist tug his passport inside his suicide belt if he was on a suicide mission???????
Height of Stupidity!

Either these terrorists are fools and EXTREMELY keen on letting the authorities know about their identities, or else, someone else is making a fool out of the entire world.

Nobody said anything to Russia or Israel for their attacks on Syria and Palestine. Nobody stood in solidarity with Lebanon when bombs rocked the country. Nobody batted an eye when thousands of Muslims were burned alive in Burma. Nobody tuk the colors of the Turkish flag when Ankara had a similary bombing last month with 100 plus dead. Nobody stopped USA when it attacked Iraq following baseless, false information about weapons of mass destruction. Nobody stopped those wretched Zionists from killing innocent children and women of Gaza.

8 Responses to Paris Terrorist Attack – Interesting Jokes For You !!