You are here: Home › Jokes › Story › The Plane Hijacking Story – Interesting
By Ali - Admin on February 7, 2013 in Jokes, Story

The Kompletely Finished Airlines (KFA) was on the brink. Its pilots were on strike and staff had not been paid salaries for six months. 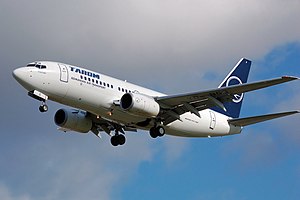 Banks, which had lent huge sums of money, were closing in. But there was one reason why KF Airlines still drew passengers; it was hijack proof. And this is how it earned its reputation.

It happened some months back.

Two of the three hijackers on KFA Flight 333, who had dozed off to sleep, wake up and spring out of their seats brandishing things that looked like sharp weapons. One of them takes hold of the stewardess and yells for all the passengers to hear, “Don’t move. This is a hijack. We are taking this plane to Karachi.”

“Wait a minute,” says a passenger who looks like a banker, “you can’t take this plane. My bank has already seized it to recover dues owned by the company. This plane is going to Mumbai to be auctioned.”

“Just hold on,” says the hijacker, “let me check my tickets. We could be on the wrong flight.” After checking his tickets he says, “We are on the correct flight. To hell with your bank.”

One of the hijackers moves towards the cockpit taking the stewardess along while the second one stands guard in the isle. Meanwhile the third hijacker takes his place at the rear. The cockpit door is jerked open and the hijacker rushes in and shuts it. “There is no need to panic. Stay calm. This is a hijack. If you do as you are told your life will be spared.”

Seeing the surprised look on the pilot’s face, the hijacker asked, “Who are you?”

“I am the steward, not the pilot,” said the uniformed person in the pilot’s seat. “The pilots are on strike because they haven’t been paid salaries for the last three months.”

“Then, who is flying this plane?” asked the hijacker, a little nervous now.

“Nobody is,” said the steward, “we haven’t even taken off.”

The turn of events shocks the hijacker, but he quickly recovers. “I must have dozed off. Can you fly this plane?” he asks the steward.

“But I don’t have a licence,” says the steward.

“What if I hold a box cutter to your head?” the hijacker threatens.

“Then maybe,” says the steward, “but there still is one problem. We don’t have fuel.”

“What?” the hijacker asks.

“The oil companies won’t give us fuel because we still owe them a lot of money,” the steward blurts out.

The hijacker thinks for a while and then pulls out his satellite phone and makes a call to Karachi. “Karachi, we have a problem. Can you wire some 10,000 dollars to the KFA account to buy some aviation fuel?”

Karachi agrees, but the money has to be routed through a series of offshore accounts to hide the source and this takes some time.

Meanwhile the hijacker yells for the stewardess. “Bring me some coffee.”

“Sorry sir,” says the stewardess, “but the company cut coffee, biscuits and toffees from the menu to pay the mortgage on the boss’s luxury yacht.”

After what seems like an hour a fuel tanker drives to the plane and unloads its contents.

“Can we take off now?” the hijacker asks.

“I don’t think we can take off, because this plane has only one engine,” says the steward.

“What happened to the other one?” asks the hijacker.

“It is being used to power the boss’s Formula 1 car.”

The hijacker is stunned. He then gets angry that the hijack has gone horribly wrong and yells. “I want to talk to your boss.”

The frightened steward calls up the boss and gives the phone to the hijacker who listens for a while and then hands it back. “What did he say?” the steward asks.

“Nothing. The mobile company said his SIM card was deactivated because bills were not paid for the last six months,” says the hijacker and walks out.