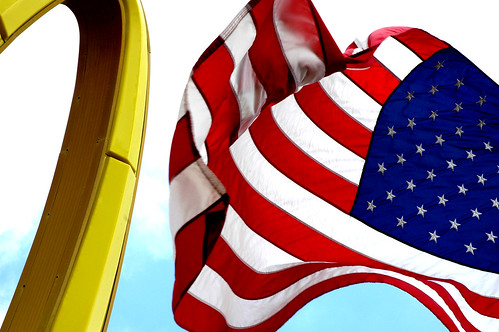 Frank started the day early having set his alarm clock (MADE IN JAPAN ) for 6am.

While his coffee pot (MADE IN CHINA) was perking, he shaved with his electric razor (MADE IN HONG KONG).

He put on a dress shirt (MADE IN SRI LANKA ), designer jeans ( MADE IN SINGAPORE ) and tennis shoes ( MADE IN KOREA ).

After cooking his breakfast in his new electric skillet ( MADE IN INDIA ) he sat down with his calculator ( MADE IN MEXICO ) to see how much he could spend today.

After setting his watch (MADE IN TAIWAN ) to the radio (MADE IN INDIA) he got in his car (MADE IN GERMANY) filled it with GAS from Saudi Arabia and continued his search for a good paying AMERICAN JOB.

At the end of yet another discouraging and fruitless day checking his Computer (Made In Malaysia ), Frank decided to relax for a while.

He put on his sandal ( MADE IN BRAZIL ) and turned on his TV (MADE IN INDONESIA ), and then wondered why he can’t find a good paying job in AMERICA …

38 Responses to Why People Cannot Find Jobs in USA?